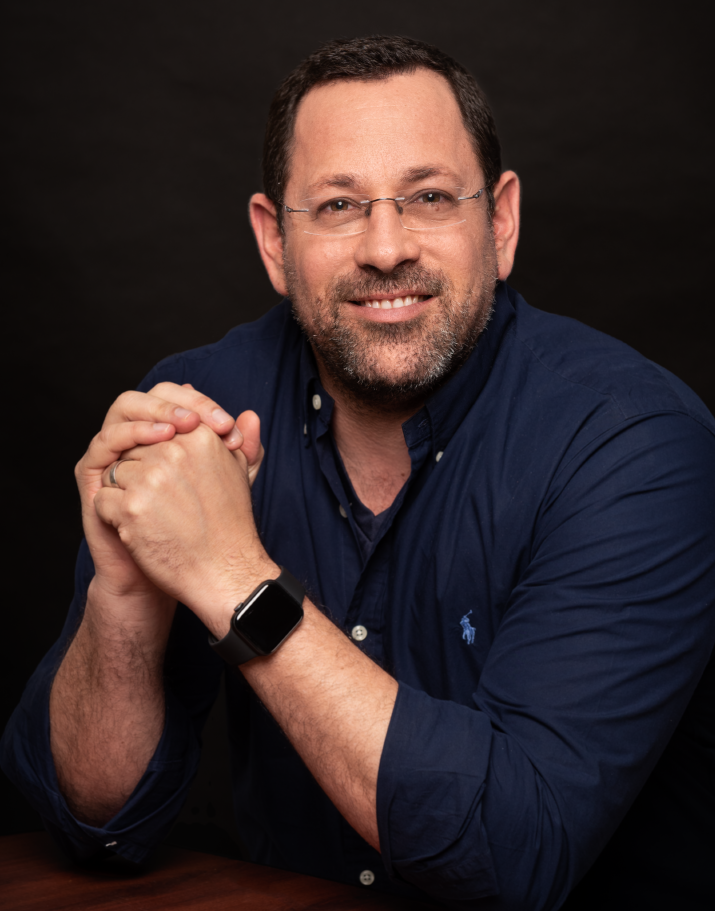 Dr. Yair Schindel is the Co-Founder & Managing Partner of aMoon.
As a healthcare entrepreneur, investor, and physician with vast experience in the field, Yair co-founded aMoon in 2017.

Born into a family of physicians, Yair’s parents and grandparents are doctors. His grandparents were Schindler’s List Holocaust survivors who escaped Auschwitz-Birkenau death camps and rebuilt their lives in the state of Israel. Growing up, Yair internalized their strength and held a deep appreciation for the sanctity of life. Driven toward a life in medicine and motivated by a desire to save lives and give back to the world, Yair began his career as a physician, but soon pivoted to a life in innovation. Establishing aMoon is the realization of his life’s work in the fields of healthcare, technology, and digital transformation.

Before launching aMoon, Yair served as the founding CEO of Digital Israel, the State’s National Digital Bureau established within the Israeli Prime Minister’s Office to accelerate digital transformation and stimulate economic growth on a national level.

Prior to Digital Israel, Yair was the CEO of Startup Nation Central, a nonprofit organization that connects major international businesses, governments, and NGOs to Israeli innovation.
In 2010, Yair co-founded MAOZ, an NGO that trains and connects Israel’s most promising future leaders, creating an active network of over 500 alumni promoting social change initiatives to strengthen Israel’s socio-economic resilience. Between 2011 to 2013, Yair served as the organization’s founding CEO, and until 2016, as a board member.

In the private sector, Yair served as an executive, investor, board member, or advisory board member in several healthcare startups, including OmniGuide, MDClone, Medisafe, Zebra, Adicet (NASDAQ:ACET), CartiHeal, Igentify, DayTwo, and Ultima Genomics.

When Yair founded aMoon, he also established a parallel nonprofit organization – The 8400 Health Network. With Yair as the Co-founder and Chairman, 8400 is building a coalition of public, private, and nonprofit sector leaders to build a national HealthTech growth engine.

Yair earned his BSc and MD degrees at Ben-Gurion University’s Goldman Medical School and his MBA at the Harvard Business School. He currently serves on the Health Care Advisory Board at HBS. Prior to business school, Yair served for five years as a physician with IDF Special Forces. In his last position, Yair was the Chief Medical Officer for the Israeli Navy Seals, also known as “Shayetet 13."